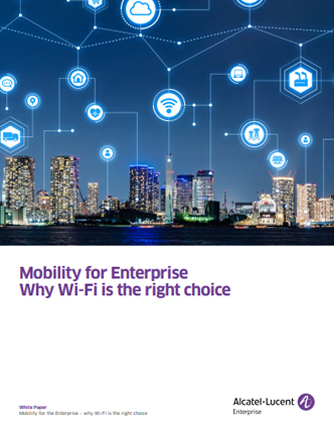 Whitepaper: Choosing Between Wi-Fi or 5G

In 1997, Wi-Fi was first released that continuously evolved ever since, and the official Wi-Fi technology’s sixth generation is called Wi-Fi 6, resulting in remarkable Wi-Fi growth from 4 billion Wi-Fi devices in 2015 to 7 billion in 2019.

Most enterprises have shifted from hotspot Wi-Fi to mobile Wi-Fi for seamless resources access and internet connectivity, reflecting the need for more network capacity and faster speeds through bring your own device or BYOD access and bandwidth support for intensive applications.

This whitepaper explains how to attain mobile enterprises through the coexistence of Wi-Fi and 5G.