SHENZHEN, China, June 13, 2022 /PRNewswire/ –TCL CSOT, a company committed to innovation in display technology, recently won two honors at the International Forum (iF) Design Awards 2022. The awards were given to the TCL Surface Television and the TCL Zhezhi Television, both equipped with the world’s narrowest bezel of 0.3mm. 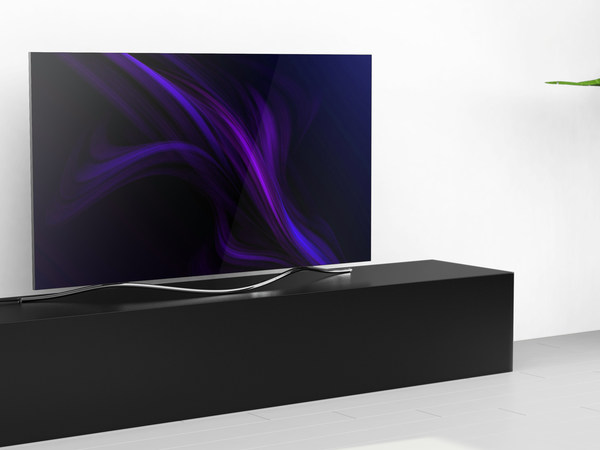 The yearly awards are one of the most prestigious accolades rendered for product design in the world and have been held in Germany since 1953. The two products from TCL CSOT will now benefit from carrying the iF logo, which highlights the outstanding design and is seen as a badge of quality among consumers and the design community.

An independent jury of international design experts met to determine award-winning designs, based on a set of objective screening standards from five perspectives including idea, form, function, differentiation and impact.

Breaking new ground in television design, the TCL Surface Television with 8K resolution uses Curve, a new display mode, as its core design language – merging advanced technology with a bold vision. Through state-of-the-art side bonding technology, TCL has achieved the world’s narrowest bezel seen on a TV, with each of the four sides measuring just 0.3mm, presenting an unparalleled screen ratio of 99.9%. Thanks to the Surface’s unique form factor, the wires used by the model can be hidden within the curved base of the TV. The Surface’s display delivers an exceptional viewing experience, with the power light and infrared interface located on the sides of the screen. Furthermore, the Surface is equipped with 11,520 ultra-high partition Mini-LED backlights with Local Dimming technology, boasting an ultra-high contrast ratio and superb brightness.

The TCL Zhenzhi Television was recognized for its iconic design, which also comes with a 0.3mm narrow bezel, while the speaker and bracket are tastefully hidden in the back. The back design of the TV is inspired by origami, providing an appealing design from every angle.

The global display market is ushering in a new round of development opportunities. TCL CSOT said last year that it would invest more than US$1.5 billion in developing next-generation display technologies and materials to build a comprehensive display ecosystem over the next five years.

As a subsidiary of TCL Technology, TCL CSOT has become one of the leading companies in the display industry, committed to developing new technologies and innovations. TCL CSOT actively invests in future technologies such as Mini-LED, Micro-LED, OLED, and Ink-Jet Printing OLED. The company business includes large-sized displays, small-medium displays, touch modules, interactive whiteboards, video walls, automotive displays, and gaming monitors, which contribute to the core competence in the global panel industry.

Better together: the 10th Anniversary of SANY’s Acquisition of Putzmeister