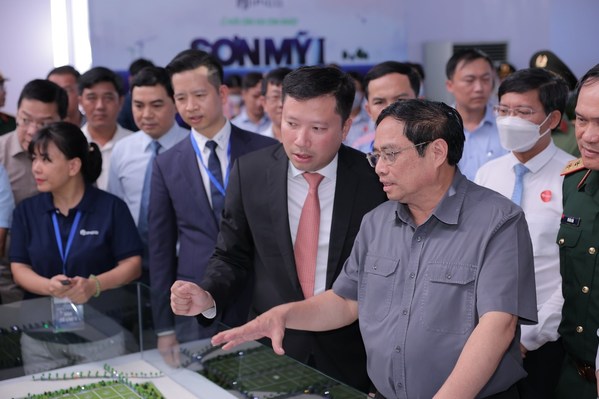 Son My I Industrial Park is invested in and developed by IPICO and occupies a total area of 1,070 hectares in a prime location. It is a key project for Binh Thuan Province and Vietnam and is expected to be a magnet for future investment.

Son My I Industrial Park is zoned according to four land use functions, namely, land for factories, service center areas, technical infrastructure areas, and green land & water areas. The park’s two LNG power plants, Son My 1 and Son My 2, are a key highlight, with a total capacity of 4,500MW, covering an area of 200 hectares. The park also includes a 100-hectare LNG warehouse port and 430 hectares for supporting industries. Son My I Industrial Park will also have a subdivision specializing in the production of auxiliary equipment for the development of green energy industries. Additionally, over 30% of the park will be set aside for technical infrastructure, utility constructions, industrial service zones, as well as key amenities for park workers such as education, training, medical, healthcare, and office facilities.

At the ground-breaking ceremony, Prime Minister Pham Minh Chinh instructed relevant departments and central agencies to coordinate and strengthen efforts to support Binh Thuan Province, as well as promptly resolve difficulties and bottlenecks, to maximize Binh Thuan’s potential and harness its advantages, creating favorable conditions for the smooth progress of the Son My I Industrial Park project. 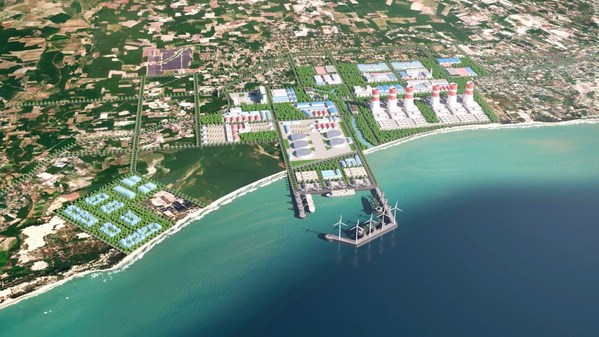 “Aiming to become a smart and green industrial park with sustainable energy at its core, Son My I will prioritize the development of renewable and clean energy, which will reduce carbon and greenhouse gas emissions. Son My I also enjoys a strategic location, which is suitable for developing an integrated seaport to facilitate export-import of local goods and agricultural products.” Mr. Le Quang Hieu, Vice Chairman of IPICO shared.

Son My I Industrial Park is targeting to complete the construction of the park’s entire infrastructure by 2025. Once in operation, the park is expected to create job opportunities for thousands of workers, improving the quality of life for local communities as well as setting the stage for Binh Thuan’s favorable growth trajectory.

Founded in 2017 with the ambition to promote regional economic development, improve the quality of life for local communities, and conserve the environment, SON MY INDUSTRIAL PARK INVESTMENT CONSTRUCTION AND TRADING INFRASTRUCTURE LIMITED COMPANY (abbreviation: IPICO) is a pioneer in developing smart and green industrial parks, and actively supports the government’s COP26 commitments (United Nations Framework Convention on Climate Change).