TAIPEI, June 18, 2022 /PRNewswire/ — The Tang Prize, an international academic award set up to create a better world for all of humanity, is poised to announce its 2022 laureates in Taipei in four consecutive days starting June 18. In the first press conference held on June 18, the Foundation introduced to the public winner of the 2022 Tang Prize in Sustainable Development: Prof. Jeffrey Sachs. A world-renowned professor in economics who has made great contributions to the establishment and promotion of the UN Sustainable Development Goals (SDGs), Prof. Sachs served as Special Advisor to three UN Secretaries-General, and is currently Director of the Center for Sustainable Development at Columbia University as well as President of the UN Sustainable Development Solutions Network (SDSN). He is awarded for “leading transdisciplinary sustainability science and creating the multilateral movement for its applications from village to nation and to the world,” according to the selection committee’s citation. 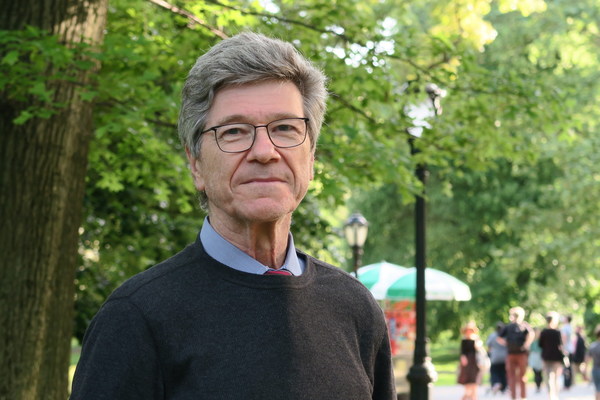 the public winner of the 2022 Tang Prize in Sustainable Development: Prof. Jeffrey Sachs

At the moment, mankind as a whole is confronted with many tough challenges, including environmental pollution, extreme weather events, energy crisis, the shock to our physical, social and economic wellbeing caused by the COVID-19 pandemic, and food shortages and raging inflation exacerbated by the regional confrontation. As an eminent economist of international distinction, Prof. Sachs has conducted ground-breaking research in many areas, such as debt crises, hyperinflations, transition from central planning to market economies, and eradication of extreme poverty. Moreover, when addressing complex issues related to global sustainable development, he combined the fields of global economics, public health, equity and sustainability to pioneer a multidisciplinary approach to solving these problems, transforming sustainable development into an integrated field of study and practice. His outstanding scholarship, advice to world leaders, educational innovation, and efforts in the global advocacy and realization of sustainable development have proven him to be a true leader of great vision, of profound influence, and imbued with deep humanistic concern.

With regard to the innovative transdisciplinary approach Prof. Sachs pioneered, an example can be found in his engagement with the Millennium Project, which he chaired on behalf of UN Secretary-General Kofi Annan from 2002 to 2006. He was tasked with developing a concrete action plan to attain the eight Millennium Development Goals (MDGs)[i], and he demonstrated how it can be done by using best practices in science, technology, and public policy. Moreover, Prof. Sachs was also in charge of the UN Millennium Village Project (MVP), which was implemented from 2006-2015 after the UN General Assembly adopted the key recommendations of the Millennium Project at a special session in September 2005. The MVP aimed to help rural Africa and was carried out in ten countries including Senegal, Nigeria, and Ethiopia. During these ten years, a range of notable successes were achieved, from raising agricultural production to reducing child stunting, and cutting child mortality rates. Lives of more than half a million people were changed as a consequence. Its key concepts of integrating rural development to achieve the MDGs are now being adopted by many other countries to help support national anti-poverty programs.

With regard to promoting the UN SDGs[ii], Prof. Sachs began his engagement from their very inception when the idea was first broached at the “Rio+20” conference in June 2012 and offered his help based on this experience of implementing MDGs. The SDGs are the blueprint for creating a more sustainable future for all. They address many global challenges we face, including poverty, inequality, climate change, and environmental degradation. To overcome these problems, 17 goals, such as “no poverty,” “good health and well-being,” “reduced inequalities,” “climate action,” and “life below water” have been set. They are subdivided into 169 targets and 232 indicators to measure and track the global progress toward these goals. Prof. Sachs’ fruitful pursuit of the MDGs, and his tireless work in front of and behind the scenes at Rio+20 made an important contribution in persuading nations to forge a consensus on adopting the 17 SDGs as the successor to the MDGs.

To promote the SDGs, also in 2012, Prof. Sachs led a global consortium of universities and think tanks under the auspices of then UN Secretary-General Ban Ki-moon to establish the Sustainable Development Solutions Network (SDSN), which functions as the largest global knowledge-based think tank to help countries achieve the SDGs. The SDSN has produced many highly influential reports, conducted academic studies, offered online courses, and held hundreds of SDG-related meetings around the world each year. The SDSN now has over 1600 member institutions in 47 networks across 137 countries.

With regard to combating anthropogenic climate change, Prof. Sachs saw the crucial importance of a long-term policy framework for climate control. He headed a global study on “deep decarbonization” which resulted in the highly influential “Pathways to Deep Decarbonization” report. The report lays out concrete and viable plans regarding issues like energy transition, industrial transformation, technological innovation, and governance mechanisms to enable 15 major carbon emitters to achieve deep decarbonization. Presented to Ban Ki-moon in September 2014, the report demonstrates how, during the decades leading to 2050, these 15 countries can find their own pathways to decarbonization that are compatible with their economic growth targets and technically feasible. Subsequently, many countries have taken on board this idea and designed their deep decarbonization pathways.

Prof. Sachs’ participation in the promotion of the Paris Agreement has been equally vital. He has long helped to formulate core policy concepts for global climate control as a scholar and an academic leader. During the intensive phase of negotiating the Agreement, he worked behind the scenes with France, the US, and many other governments to support the design and adoption of the Paris Agreement. The SDGs and the Paris Agreement on Climate Change have been hailed as the two essential pillars for the world to achieve sustainable development, and Prof. Sachs has played a unique role in both.

With regard to offering suggestions to leaders of different countries, as one of the world’s leading experts on economic development, global macroeconomics, and the fight against poverty, Prof. Sachs has advised many heads of states and governments on complex economic challenges, including ending high inflations (Bolivia, Peru, Poland), negotiating debt relief (Bolivia, Brazil, Poland, and others), adopting market economic reforms (Poland, Russia), introducing new national currencies (Estonia, Slovenia), promoting regional development (China), and scaling up health systems (Ethiopia, Ghana, India, and many others). He has been awarded by several countries their highest honors for his board-based support of their economic reforms.

Born in Detroit, Michigan in 1954, Jeffrey Sachs got his BA, MA and PhD degrees in economics from Harvard University. He joined the Harvard faculty in 1980s. In less than four years’ time became a Professor of Economics with tenure at Harvard. He served as Director of the Center for Sustainable Development in the Earth Institute of Columbia University and Special Advisor to three UN Secretaries-General. He is a recipient of numerous awards and honors, including the Knight of the National Order of the Legion of Honor (by decree of the president of the French Republic), the Sustainable Development Leadership Award from India’s TERI (The Energy and Resources Institute), and Japan’s Blue Planet Award. He has also received 38 honorary degrees from universities all over the world. The papers and books he has published number in the hundreds, including three New York Times bestsellers: The End of Poverty, Common Wealth: Economics for a Crowded Planet, and The Price of Civilization: Reawakening American Virtue and Prosperity

About the Tang Prize

Since the advent of globalization, mankind has been able to enjoy the convenience brought forth by the advancement of human civilization and science. Yet a multitude of challenges, such as climate change, the emergence of new infectious diseases, wealth gap, and moral degradation, have surfaced along the way. Against this backdrop, Dr. Samuel Yin established the Tang Prize in December 2012. It consists of four award categories, namely Sustainable Development, Biopharmaceutical Science, Sinology, and Rule of Law. Every other year, four independent and professional selection committees, comprising many internationally renowned experts, scholars, and Nobel winners, choose as Tang Prize laureates people who have influenced and made substantive contributions to the world, regardless of ethnicity, nationality or gender. A cash prize of NT$50 million (approx. US$1.7 million) is allocated to each category, with NT$10 million (approx. US$ 0.35 million) of it being a research grant intended to encourage professionals in every field to examine mankind’s most urgent needs in the 21st century, and become leading forces in the development of human society through their outstanding research outcomes and active civic engagement.

LiveHire Announced as a Member on Newly Launched AMS Verified