Can proprietary QR Codes dethrone the use of cash in Asia? Cross-border payments have continued to remain an issue between the markets due to disparate QR Code standards and formats used.

The COVID-19 pandemic has affected every aspect of our day-to-day lives, and the payments sector is no exception. In the early stages of the pandemic, concerns were raised that cash could contribute to the spread of the virus.

To avoid COVID-19 being spread through physical cash, hand washing or sanitizing after touching coins or notes has become standard recommended practice.

But with individuals all over the globe still concerned about how physical cash could potentially spread the virus, along with the need for social distancing, a long-term solution is needed, and this reinforces the need for contactless payments.

In Asia, physical cash has always been accepted as the most popular form of payment, and although contactless payments have been around for some time, it is the pandemic that has accelerated the usage of cashless methods across the region.

Credit card companies Visa saw its e-commerce transactions in Hong Kong in the H1 2020 rise 10% year-on-year. Its data in July revealed that Malaysian customers had the biggest preference for using mobile phone applications to pay, at 64%. In a separate study by Mastercard, 80% of respondents in the Asia-Pacific region (APAC) stated that they believed contactless is a cleaner payment method than cash. In addition, 76% of Singaporeans and 67% of Australians said that cashless was their preferred way to pay, compared to 72% in APAC.

Contactless payment technologies have developed differently in Asia as compared to Europe and the United States, as there is a much higher number of underbanked consumers relying exclusively on cash. For example, Near-Field Communication (NFC), which relies on enabled terminals at the point-of-sale, has been adopted in Europe and the United States, but has proved to be less successful in Asia. Instead, quick response codes (QR codes) are leading the way for contactless payments here.

Asia has embraced the ease of contactless payments through proprietary QR codes.

The convenience, simplicity, and privacy of QR codes is what has made them very attractive across the Asian markets. They do not need an internet connection to operate; almost any phone can read them, and merchants do not even need a bank account to get paid.

Social media and payment giants AliPay and WeChat have both adopted QR codes in the region as an easy way to enable contactless payments. Consumers can simply scan a code to pay anywhere they wish, from a street vendor to a restaurant to a retail store and more.

While QR codes may be quick and easy, cross-border payments have continued to remain an issue between the markets as there is no clear set of standards and formats. Instead Asian markets have their own standardized QR codes for domestic markets, including Thailand, Singapore, Sri Lanka, Philippines, Malaysia, India and Hong Kong.

To help broaden acceptance of QR payments while enabling cross-border payments, FIS has partnered with JCB, which will be using the FIS’s switching and acquiring services platform to handle QR payments between Vietnam and Thailand. There are plans to roll this out across APAC, and this will ultimately help achieve regional interoperability of standardized QR code payments.

The growth of real-time payment platforms in Asia has also helped to facilitate contactless payments between consumers and merchants. Even before the pandemic, the region was leading the way with a surge in real-time payments schemes.

After its first full year in operation, InstaPay in the Philippines has tripled transaction numbers and seen an almost five-fold increase in values being transferred. FIS’s data indicates that, as of early 2020, 45 financial institutions offer InstaPay, and their central bank is striving to increase the value of e-payment transactions by 30% by year’s end.

Despite all the progress, traditional payment methods are still very prevalent in Asia. Consumers are still-cash reliant and concerned about the security of digital and contactless payments, while some still do not have access to contactless-enabled cards.

Furthermore, small- and medium-sized enterprises in Asia have been the hardest hit by the pandemic, and some may lack the skills to digitize their business and deal with the rise in demand for contactless payments.

Banks and fintechs need to help their customers tackle these obstacles, by giving them the chance to adopt the latest fraud technologies that will help to address security concerns. They must also give their customers further support to ensure people feel in control of their spending via contactless methods.

Will cash be dethroned?

For now, cash remains king in Asia. However, the heightened awareness brought on by the pandemic means that far more cashless methods will be available to consumers across the region as merchants, banks and consumers quickly realize how simple they platforms are to use.

Contactless payments now look set to become the payment option of choice in many parts of Asia over the course of the next decade, and those who adapt to the changes in payments now will be the ones who benefit in the long-run. How to do impactful marketing in times of crisis 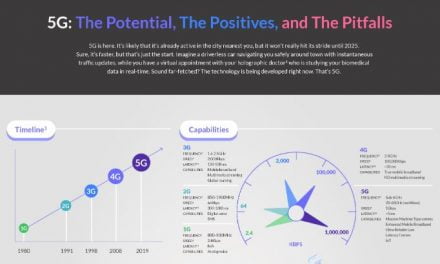 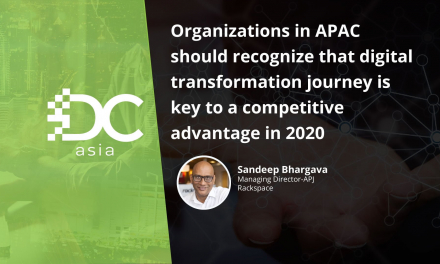 Three cloud trends that will define 2020