Who are the new billion-dollar enterprise IT vendors of the last decade?

A detailed review of enterprise IT markets over the last 10 years has identified 12 vendors with billion-dollar annual revenue run rates that either started up during the decade or had only minimal revenues decade ago.

The leaders of this elite pack are Workday, ServiceNow and Palo Alto Networks, who in aggregate had 2009 revenues of substantially less than US$100 million but can now claim a combined revenue run rate in excess of US$10 billion.

Arista Networks has passed the US$2 billion mark and eight others have achieved a billion dollars or more: Pure Storage, Dropbox, Shopify, Atlassian, Nutanix, Twilio, Veeva and DocuSign.

In total these twelve vendors had 2009 revenues of only around $200 million, but now have an aggregate revenue run rate that is well over $23 billion.

Beyond the top 12 listed by Synergy Research Group, there are many other success stories. Tableau Software would also have been in the list had it not been recently acquired by Salesforce, in a deal that was valued at almost US$16 billion.

New vendors that did not make the list but are closing in on the billion-dollar milestone include RingCentral and Zendesk, with Box not too far behind. Two vendors that may have come close to making the list had they not been acquired are Nimble Storage and Ruckus Wireless. Two other vendors that started up relatively late in the decade but have quickly reached large scale are Zoom and Slack.

The decade has seen a lot of consolidation in those IT markets where scale is a key to success, but that has not prevented a constant stream of innovative IT vendor startups, some of which have built a strong market position and continue to grow aggressively. Said Jeremy Duke, Synergy Research Group’s founder and Chief Analyst: “SaaS and collaborative tools have been a fruitful ground for some of the most successful startups. In these areas, a strong focus on specific, innovative applications can be a winning formula. In other areas, such as networking and cloud infrastructure services, scale and a broad product portfolio tend to be more important, which makes them more difficult for startups to penetrate.” 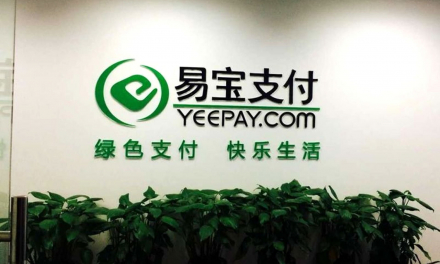 YeePay acquisition spells greater payment integration within China and beyond