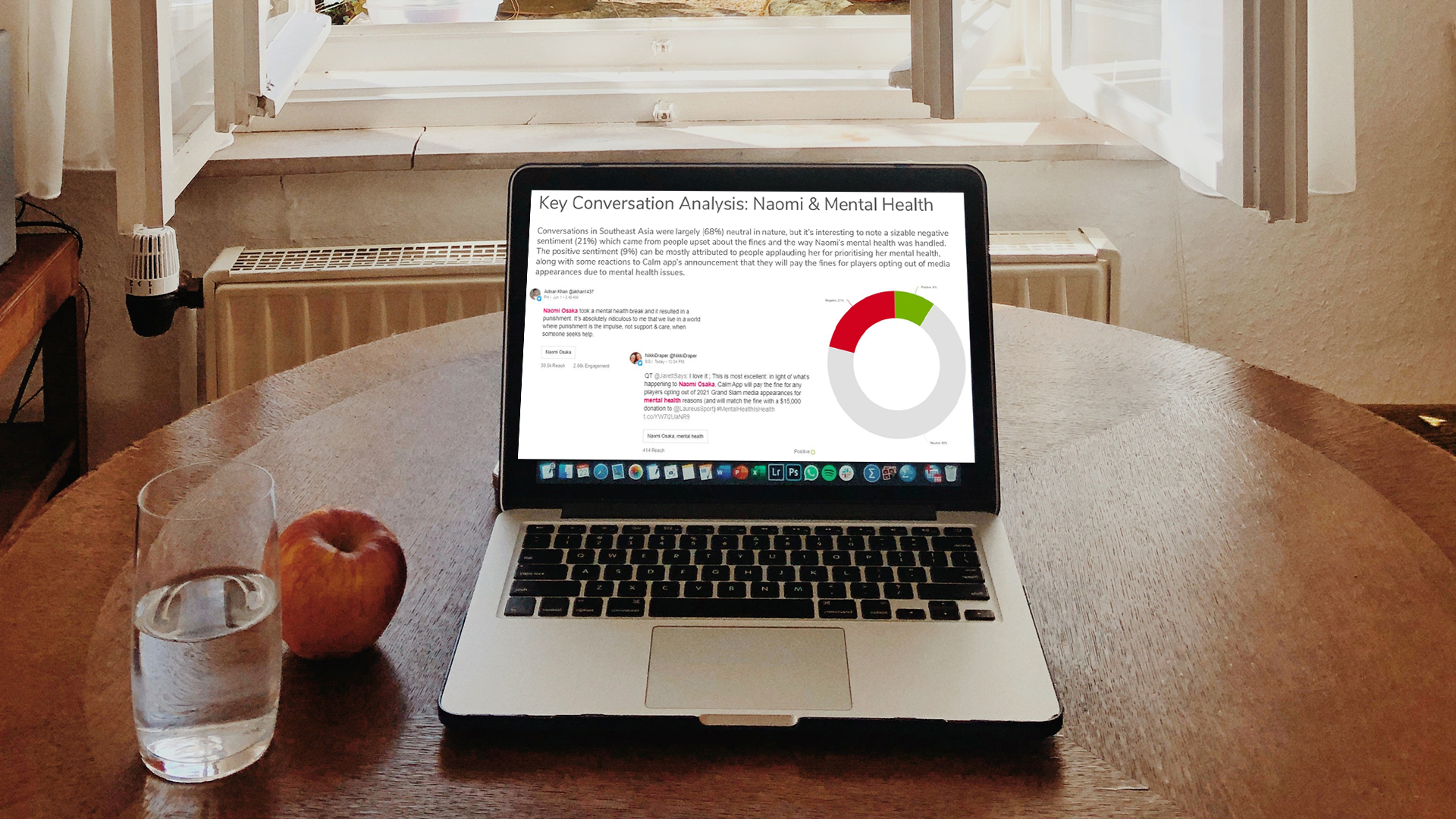 Through studying online word clouds, we can study how people of different regions think and feel about any trending topic.

Following Naomi Osaka’s bold decision to withdraw from the French Open, a media intelligence company has put together a report analyzing news and social media conversations around the topic in South-east Asia.

According to ‘social listening’ platform Meltwater, the volume of news and social media conversations around the terms “Naomi Osaka”, “French Open” and “mental health” had each been on the rise since the beginning of last week, peaking on 1 June after the World Number 2 announced her decision.

As some of their data visualizations indicate, 21% of the conversations had a negative sentiment, coming from people who were upset about the fines and the way Osaka’s mental health had been handled.

Out of the sentiments, the 9% that were positive were mostly attributable to people applauding her for prioritizing her mental health. Words like “anxiety” used in association with some of the social media posts ignited “fear” among netizens, while emotions like “love” and “joy” were spurred by support of Naomi’s decision to prioritize her mental health.

Human social interaction on the internet is now a goldmine of data that can be analyzed to glean mass sentiments faster, so that the owners of the collective groupthink evaluations can act on the sentiments. This can be a double-edged sword for all stakeholders, because ultimately, when adversaries know how each other think, war no longer needs to involve arms but carefully-planted information through words.