Cloud and IT services driving interconnection bandwidth growth at the edge

According to Volume 3 of Equinix’s annual Global Interconnection Index (GXI), global private connectivity at the edge is expected to grow by 51% compound annual growth rate (CAGR), and expected to exceed a total bandwidth capacity of more than 13,300 Terabits per second (Tbps), equivalent to 53 zettabytes (ZB) of data exchanged annually.

The GXI identified three key drivers for the growth in interconnection bandwidth:

In layman’s context, this total bandwidth capacity will support every person on earth simultaneously downloading a complete season of Game of Thrones in ultra-high definition resolution in less than a single day.

For Asia Pacific, interconnection bandwidth is expected to grow at 56% CAGR to exceed 3,825 Tbps by 2022, contributing 29% of the global capacity.

As these growing volumes of data move toward the edge, Cloud and IT services are expected to consume the most interconnection bandwidth among industries, reaching 914 Tbps and forecast to outpace growth (50% CAGR) of clouds in all other regions.

This infographic provides a visual aid to understanding the growth of connectivity at the edge, and comparison of the numbers across industries and regions. 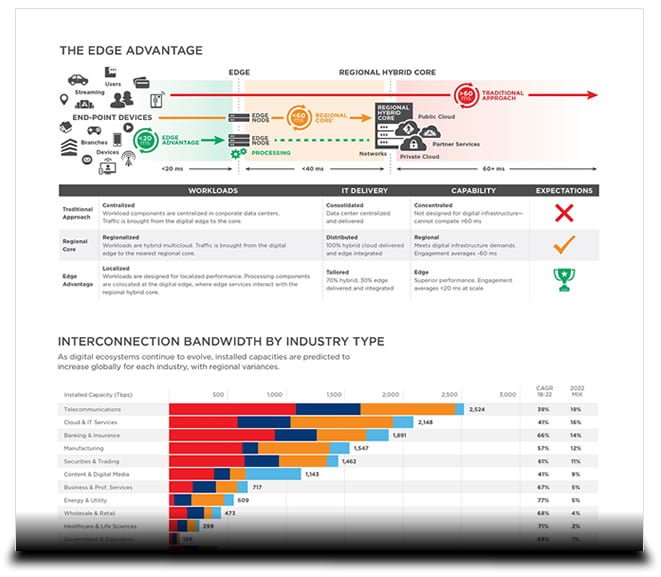